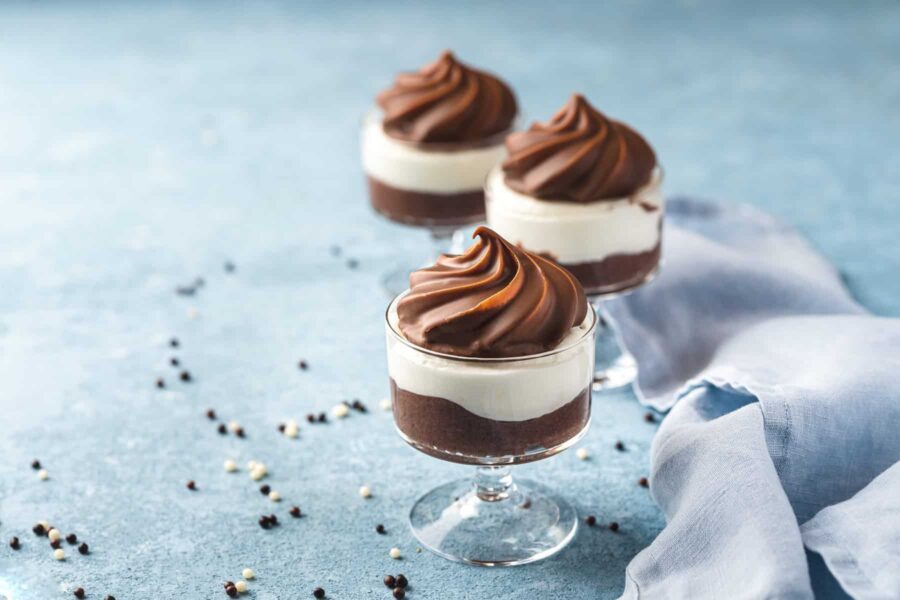 Why pass out the typical jello shot when you can be serving creamy, delicious Rumchatta pudding shots? Rumchata is a creamy liqueur blended with rum and horchata, so it has this wonderful rich cinnamon and vanilla taste that works great with so many different flavors. And, since it’s a cream-based liqueur, to begin with, it’s a perfect partner in crime with pudding mix.

The next time you’re having a party and looking for some fun cocktail inspiration, these Rumchata creations will be a sure hit!

The Fireball in this recipe really compliments the Rumchata and makes for an extra cinnamon-y grown-up treat. You’ll need a couple of boxes of vanilla pudding mix and some milk.

This recipe is topped with cinnamon-flavored breakfast cereal as a garnish, but we think this would be fun to serve in a graham cracker edible shot glass, too.

By Kitchen Fun with My Three Sons

This chocolate Rumchata pudding shots recipe is super rich, which is why they’re best served in those small plastic shot cups usually reserved for jello shots.

This recipe includes a mixture of cream cheese, heavy cream, powdered sugar, chocolate pudding mix, and of course, Rumchata. This one would also be delicious if made with Rumchata Peppermint Bark instead of the original variety.

Cookies and cream is an iconic flavor combination that’s only made better by adding Rumchata! These pudding shots are similar to the cookies and cream whipped dessert that grandma used to make, but a little more devious thanks to the Rumchata.

This recipe doesn’t call for it, but we like to crush some Oreo cookies and mix them right into the pudding and whipped cream mixture, plus a few extra for topping. You can never have too many Oreo crumbles!

Banana and Rumchata go really well together, and we couldn’t resist the idea of Banana Rumchata pudding shots. In this recipe, we substituted the rum that’s called for and used Rumchata instead. The result is a dessert-like shot that we promise will taste amazing.

You just need some banana-flavored instant pudding mix, milk, Rumchata, vanilla wafers (you could use graham crackers instead), cool whip or whipped cream to top the pudding mixture, and some sliced bananas for this boozy dessert.

With the way these are layered, plan on the portion sizes being a bit too big for the standard disposable shot cups. Keep them nice and chilled in the fridge until you’re ready to share and enjoy!

Are you looking for pudding shot recipes that will be loved by everyone for your next gathering? Whip up a nice large bowl of these Rumchata vanilla pudding shots ahead of time for an easy, no-fuss creamy cocktail that takes hardly any prep time thanks to vanilla instant pudding mix.

You need instant vanilla pudding, cold milk (whole milk is best, but you could also try this with various plant-based kinds of milk), Rumchata, vanilla vodka, and cool whip or whipped cream.

Whisk it all together, and chill. You could also stick these in the freezer for a bit if you want them to set even quicker. We especially love these vanilla pudding shots because you can get so creative with the garnish.

By To Simply Inspire

Once September rolls around, pumpkin spice can be found in everything, so why not your Rumchata pudding shots? Rumchata and pumpkin spice pudding mixture team up for this delicious fall-inspired treat.

If you can’t find pumpkin spice puddings, you can get creative by adding pumpkin pie spices to a vanilla or white chocolate pudding mixture. Pumpkin pie spice would also taste divine in a Rumchata cheesecake pudding shot.

Top these with a dollop of whipped topping and making a sprinkling of nutmeg and crushed graham cracker crumbs for the perfect finishing touch.

We had a serious craving for a peppermint Rumchata pudding shot but couldn’t find the perfect recipe. So, what we did was use this recipe from Tipsy Bartender as the base and made a couple of substitutions to get the peppermint Rumchata flavor we were looking for.

Take the white chocolate liqueur and peppermint schnapps in the recipe and use Rumchata Peppermint Bark in their place.

Place all the ingredients (make sure the milk is nice and cold) in a large mixing bowl and whisk together, then refrigerate this delicious shot recipe until you’re ready to serve.

It’s fun to offer these in edible chocolate or candy cane shot glasses. They’re so creamy and delicious, especially with a garnish of cool whip and a sprinkling of crushed candy canes, that these will be a big hit at your next party. Experience says you’ll always be asked to make pudding shots after serving these.

Most people are familiar with a lemon drop shot, but sometimes you come across recipes that take the lemon drop to new levels, like this Lemon Rumchata pudding shot by Pudding Shots on Facebook.

It starts out innocently enough with a small box or two of lemon pudding mix, some ice-cold milk, cool whip, or whipped topping, and then the fun begins with Limon Rumchata.

Combine the ingredients in a mixing bowl and place it in the fridge to set. It’s fun to spoon these into shot glasses that have been rimmed with a little lemon sugar and then topped with whipped cream and a little lemon zest.

By The Red Barn on Fall Creek

To make a scrumptious Rumchata pudding shot with butterscotch flavor, we used this basic recipe from The Red Barn on Fall Creek and just substituted butterscotch pudding mix for the chocolate or vanilla pudding the recipe calls for.

Pudding mix, milk, and cool whip (or some heavy whipping cream that has been whisked until thick and creamy) are all you need to enjoy at your next party.

You could also adjust the measuring methods and add in some butterscotch schnapps to amp up the flavor. These are also really good if you place them in the freezer before offering them to your guests.

Tis’ the season for eggnog and eggnog pudding shot recipes! Even those who don’t care much for eggnog are going to have a hard time resisting these at your next holiday party. With Rumchata’s flavors of cinnamon and vanilla, you’ll wonder why you didn’t think of this combination sooner!

This recipe calls for bourbon or rum, but just swap out the Rumchata instead. Garnish with a sprinkling of nutmeg, and enjoy!

If you have a bottle of Rumchata hanging around, why not grab your favorite puddings and have a little fun with them? Check back with Cocktails Cafe often for more cocktails and entertaining inspiration! 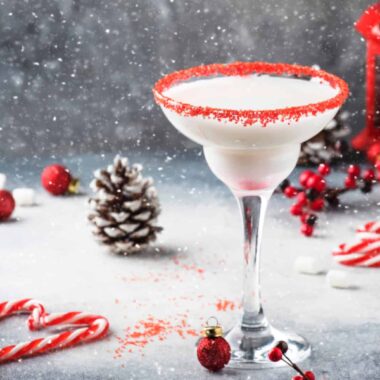 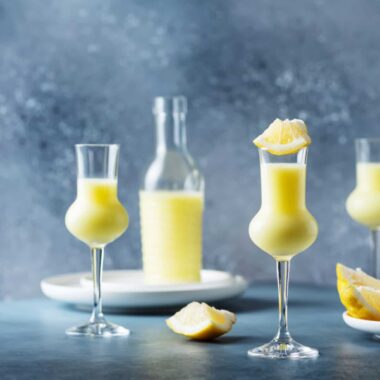