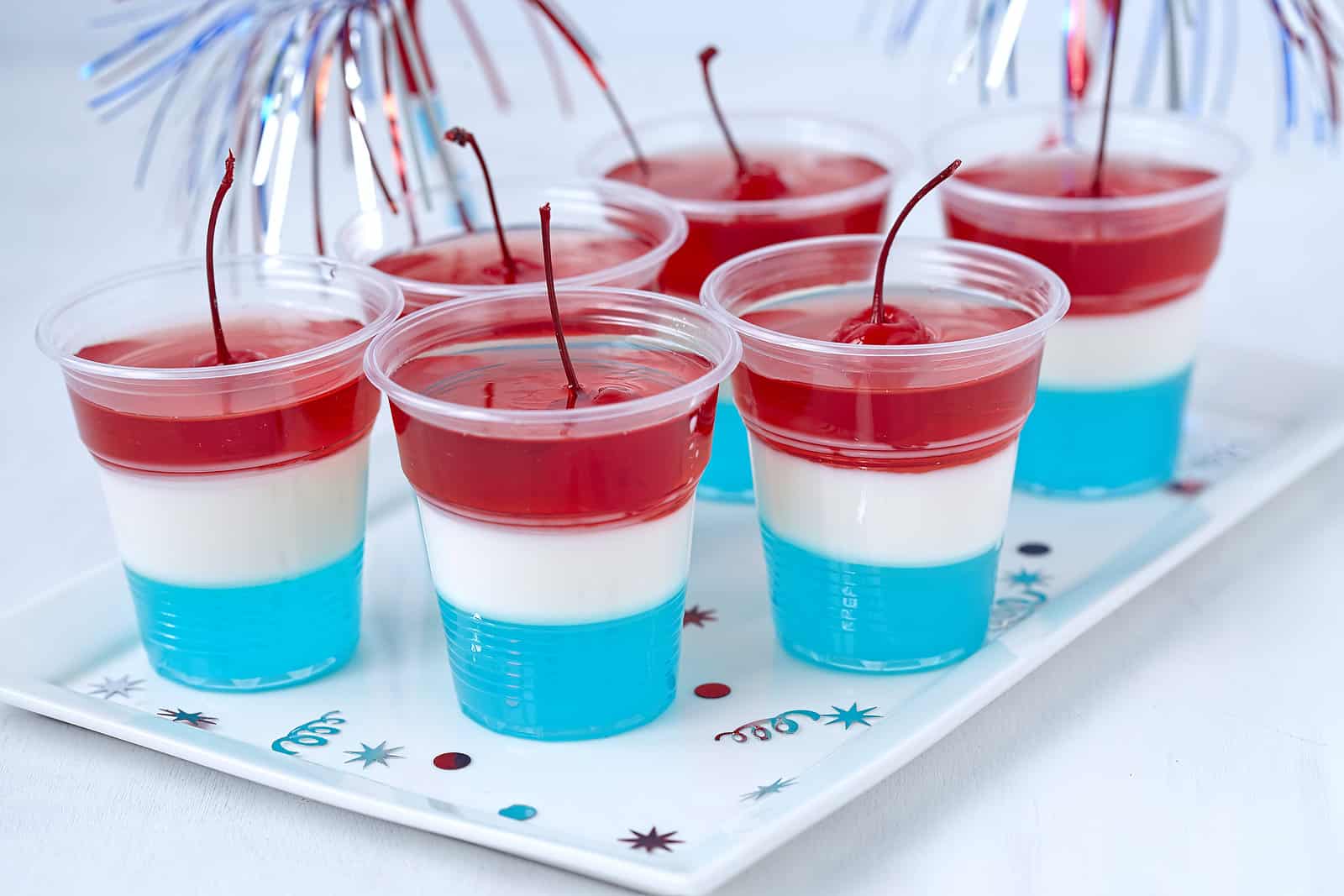 Whether it’s for a fun girls’ night, summertime party, or just a great get-together with friends, vodka jello shots are always a popular treat. They’re fruity and sweet, and you can barely taste the alcohol. When making jello shooters, the burning question is, “how long do jello shots take to set?”. A few hours is a good rule of thumb, but let’s dive into the more specific details.

Waiting For Your Jello Shots To Set

So, you’ve made a huge batch of Jell-O shots in your favorite flavor for your big party. You’ve placed them in the refrigerator, and now the burning question that is on your mind is, “how long do jello shots take to set?”.

Jell-o shots contain some type of alcohol, typically vodka. This makes their composition a bit different from your standard jello recipe. As a general rule of thumb, you should let your jello shots stay in the refrigerator for two to four hours. This is typically enough time to let the jello shots set properly.

Layered shots can take longer because you want one layer to set up a little before adding in the next – or else you end up with a muddled mess of jello. It will still taste great, but the presentation will be off. Also, if your jello shots are larger, those will also take a bit longer to set than the typical size in the little plastic shot cups. What About Freezing Jello Shots

Technically, you can freeze jello shots, but they won’t end up being the best jello shots. It’s tempting to pop the little plastic cups or pan of jello mixture into the freezer to speed things along, but all you’ll really end up with are jello shots with an inconsistent texture that tastes watery and lack any big alcohol taste you might be hoping for.

If you want to freeze jello shots because you’re hoping they will freeze solid instead of being a bit wiggly, the jello mixture with the alcohol doesn’t really set that way. They will end up with a bit of a grainy or gritty texture instead. For best results, stick with the refrigerator to help your jello shots to set up perfectly.

Jell-O shooters are actually very easy to make. The hard part is having the patience for the jello shots to set, especially since they usually smell so fruity and delicious. The basic Jell-O shot recipe is pretty simple, but you can also get creative by adding different types of alcohol or liquors and combining them with a range of jello flavors.

The first thing you need is a box of Jell-O. Choose your favorite flavors, such as lime jello, strawberry jello, and pineapple jell. You get the picture. If you’re making a large batch, you can do a range of fun jello flavors.

Boxes of jello typically come in two sizes. There’s the smaller three-ounce box or the larger six-ounce box. For a three-ounce box, you will also need 1 cup of boiling water, one-half cup of cold water, and a half cup of vodka, or your preferred boozy component. The hot water is important for making sure the jello powder is completely dissolved, but you can substitute the cold water for juice or even more vodka if you want a stronger shot. Make sure to use an accurate liquid measuring cup for the liquids. Otherwise, your jello shooters might not be set up properly.

Start by adding the gelatin powder to a heat-proof medium mixing bowl. Next, add the boiling water and stir until dissolved. Next, add the cold water. Adding in a cold liquid before you add vodka is important. If the jello mixture is too hot when you add in the vodka, you run the risk of losing some of the alcohol content to the heat of the mixture. The cooler water will help bring the mixture to more of a warm, room temperature level.

The final step is to add vodka or another type of alcohol and mix well. If you’re using plastic jello shot cups, have those lined up and ready to pour into. You can also use a small baking dish and then cut the shots into little squares using a butter knife. A small silicone muffin tin would also work.

Cover and place them in the refrigerator. Jello shots take about two to four hours to set, so these aren’t a party treat that you want to wait until the last minute to prepare.

How Long Do Jello Shots Last?

Jello shots don’t contain any ingredients that are in immediate danger of spoiling in your refrigerator, but for the best taste and quality, plan on your jello shots keeping for about three to five days in the refrigerator after you make them.

Suppose you’re making jello shots for a party and want to get that part of the prep out of the way. Making them the day before the event is ideal. This gives them plenty of time to set, and they’ll still be at their peak of deliciousness once you start passing them out to your party guests.

To preserve the texture, make sure to keep them covered with a lid on the little plastic cups, plastic wrap, or another type of coverage that will keep air out.

How Many Jello Shots Per Box?

If you’re making layered jello shots, you might want to plan on an overall smaller yield per box since these types of jello shots are typically larger.

How To Make Strong Jello Shots?

You can definitely add extra alcohol to your jello shots to make them stronger, but there’s also a bit of science to adding more alcohol to the gelatin mixture. When following a jello shot recipe, it will call for water, possibly juice, and alcohol.

The first thing to know is that you don’t want to simply replace all the water or juice in the recipe with the alcohol of your choice. This won’t work. You actually need some other type of liquid in there.

This makes them a bit stronger while staying away from the unpleasant taste of too much alcohol in your jello shots. Nobody really wants a glob of gelatin that taste like pure alcohol.

How Much Vodka In Jello Shots?

Your standard recipe for Jell-O shots calls for a half-cup to one cup of vodka or another type of alcohol, depending on what size package of gelatin you’re using. This equals out jello shots that are approximately 10-15% alcohol by volume.

How Many Jello Shots To Get Drunk?

On average, it takes about four vodka jello shots to equal one regular shot. How many of these you have to consume to actually get drunk depends a lot on your tolerance, along with a few other factors. However, jello shots are often sneaky in that they just taste so good, and they’re little, so you don’t always realize how they’re affecting you until it’s too late.

The best advice is to always drink responsibly and have a designated driver because even though jello shots can be sneakily disguised as finger foods, they can still pack a powerful punch.

How To Make Jello Shots In Syringes

What’s more, fun than taking your jello shot straight from a syringe? Syringe jello shots are great for a themed party, especially around Halloween. The syringes you put jello shooters in aren’t your regular medical-grade syringes. Instead, they’re special food-safe syringes that are designed specifically for having some extra fun with your vodka jello shots recipe. If you do want to use regular plastic syringes, make sure the opening is wide enough for the jello to pop out easily.

Start by making your favorite jello shots recipe. Then, you can either use a small funnel or turkey baster to fill the syringe molds. With some syringe molds, you can just suction the gelatin mixture right up into the syringe. The real trick is getting them to sit even and level for two to four hours while they set. You want them to sit upright. The best way of accomplishing this is usually by standing them up in a cup or other type of container where they won’t fall all over the place and spill.

Let your jello-filled syringes sit out for a bit at room temperature before serving. This will make it easier for your party guests to push the shot through the opening of the syringe.

How To Make Jello Shots Come Out Easier

A little warmth is just what you need to separate the thin layer of jello from the edges of the shot glass. Unless you’re serving jello shots outside on a hot day, they’ll usually do fine if you remove them from the refrigerator about 20 minutes before you serve them. This alone is often enough to make them come out easier.

If that doesn’t work, try dipping the glass or tray into a little warm water. Just make sure that no water actually gets into your jello shot. If you don’t mind the disposable aspect of it, the little plastic shot cups are ideal for jello shots because the cup collapses a little under the pressure of your fingers, and the hello is easy to squeeze out.

How Far In Advance Can You Make Jello Shots?

How long your gelatin shots take to set depends on a few factors, such as how much alcohol was used or how large the Jell-o shooters are. With a little patience, you’re only about two to four hours away from a sweet, fruity, and fun addition to your weekend party. 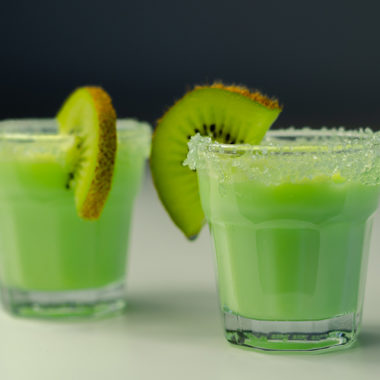 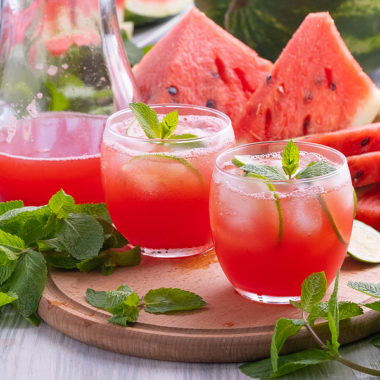