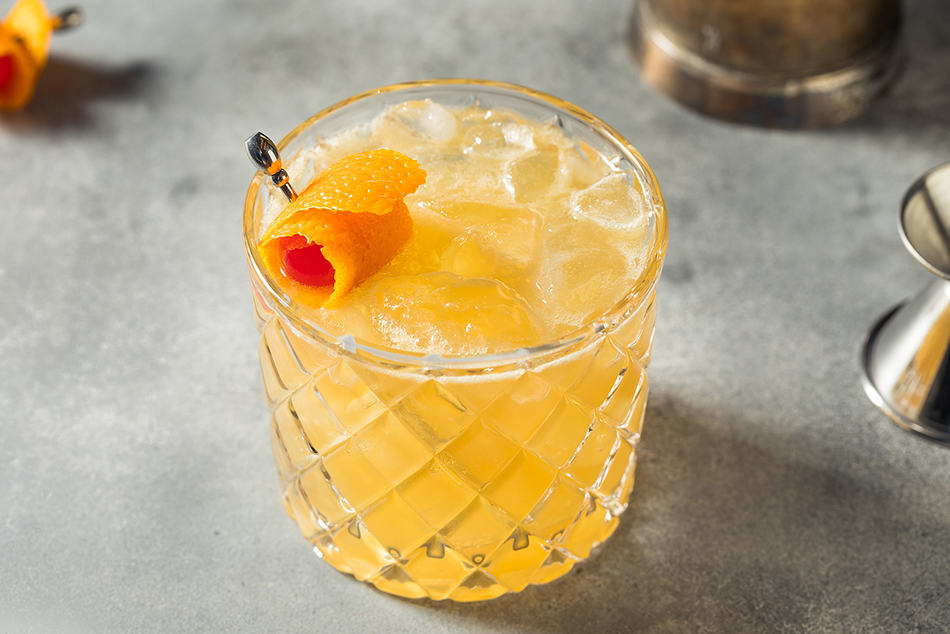 The whiskey sour is a classic drink with an original recipe that features whiskey, lemon juice, and a sweetener, such as simple syrup, sugar, or agave syrup. All sour cocktails have that characteristic taste of tart citrus blended with a bit of sweetness and the warmth of whiskey. But, sometimes, you want a little something different, and that’s where our favorite, taste-tested variations come in.

From bourbon sour cocktail variations with or without egg to drink variations that feature a fruity, herbal, or floral note, we’ve collected 17 wonderful ways to play with your classic whiskey sour and enjoy something new.

By A Farmgirl’s Dabbles

There are two basic variations to the classic sour whiskey cocktail recipe. While some say the only way to make this classic is with the addition of egg white foam, there’s another camp that firmly says “no way!”. If you prefer your whiskey sour sans the raw egg white, this recipe by a Farmgirls’ Dabbles is perfect for you.

You’ll also love how simple and delicious the classic cocktail recipe is. All you need is three ingredients – whiskey, lemon, and simple syrup. Combine all three ingredients in a cocktail shaker with ice. Give it a few good shakes and strain it into your favorite glass. We like this one garnished with a nice, juicy orange slice, but that’s all up to you.

Now, if you want to really go the traditional route with the classic sour, this version by the Kitchn details everything you need to know about including egg whites in your cocktails, this includes whether it’s safe to do.

Once you’ve got the part about the egg white down, the rest is easy. All you need is good bourbon, fresh lemon juice, simple syrup, and egg white. Some devotees of whiskey sour cocktails swear by using maple syrup instead of simple syrup. It’s a pretty tasty substitution, so we find it hard to disagree with them.

Sometimes sour cocktails taste best when frozen and nice and slushy. For just such an occasion, we’re quite fond of this super easy delicious drink by Punchfork. It all starts with a good bourbon whisky, of course, but frozen lemonade concentrate and frozen orange juice concentrate mean that this one will be perfect for a hot summer day.

Combine all the ingredients, along with some lemon juice and lemon line soda, and stir well. Place in the freezer for eight hours until it’s all nice and slushy. Then serve in an old-fashioned glass. It’s already frozen, so there’s no need to add ice to this sweet, cool treat.

We absolutely love this variation that features the sweet, citrus punch of fresh squeezed blood orange juice. Not only does this cocktail recipe taste delicious, but it also looks very elegant in your favorite rocks glass. The light pink hue and the creaminess of a layer of egg white foam make for a great presentation.

To make this drink, you’ll need bourbon whiskey, freshly squeezed blood orange juice, fresh lemon juice, simple syrup, and egg white. You want to start with a dry shake in a cocktails shaker to create a nice foam. Then add ice and shake for a few more seconds before straining into your glass. Garnish this with a nice thick slice of blood orange, and enjoy.

Can you think of a yummier, more appropriate drink for fall than one that has the flavors of apple and whiskey? We can’t! If you’re lucky enough to have an apple orchard nearby that makes its own fresh cider, that’s definitely the way to go with this cocktail. However, any apple cider or even apple juice will make for a tasty variation on the classic whiskey drink.

This variation recipe calls for bourbon, apple cider, lemon, simple syrup, and ice to be mixed together in a blender. This makes for a deliciously thick, almost slushy cocktail. However, we tried mixing it in a cocktail shaker, which was equally divine.

Most cocktail variations are bursting full of bright citrus notes. This is a flavor we love, but we can’t help but be quite fond of this version that adds a bit of tartness to the mix with the addition of cherry juice.

The rest of the ingredients are aligned with the classic whiskey or bourbon sour. Gather your favorite whiskey, along with some fresh-squeezed lemon juice and simple syrup. This recipe includes egg white, so you want to do a dry shake of all the ingredients in your cocktail shaker before adding ice. This version uses just a teaspoon of cherry juice, but feel free to adjust the amount based on how much of that sweet, tart cherry flavor you’re after.

By The Kitchen Magpie

This is one of those cocktails you want to add to your list for holiday entertaining (although it’s delicious any time of year). The Cranberry Sour is a take on the classic whiskey cocktail, except with the addition of cranberry juice, which is sweet enough that you don’t need any simple syrup. Just a pinch of sugar will do. Also, those who aren’t interested in adding an egg to your sour variations will be happy to know that this recipe doesn’t contain any.

For this recipe, you need your favorite bourbon, along with amaretto, lemon juice, and brown sugar. Amaretto is an Italian liqueur that leans toward the sweet side, with a notable almond flavor, along with floral notes and hints of vanilla. It’s a bit rich but lends itself beautifully to a bourbon sour. This whiskey and amaretto sour also includes pasteurized egg white, but you can always leave that out if you’re not a fan.

To make this, you want to add the bourbon, amaretto, egg white (if using), citrus, and sugar to a shaker or mixing glass with ice. Shake vigorously, then strain to remove the ice. Pour the drink, without the ice, back into the cocktail shaker and give it a vigorous dry shake for a few seconds until nice and frothy. Pour the cocktail back into the glass over ice and garnish with an orange slice or cherries.

Are you looking for a new drink to add to your holiday cocktail menu? We highly recommend this Cinnamon Maple version by Cookie + Kate. It features maple syrup and a pinch of cinnamon to the standard sour mix. The resulting taste is warm, sweet, and a bit spicy, which is perfect for the holidays.

We also got a little creative with this variation and tried adding homemade cinnamon simple syrup, which was delicious. However, you’ll want to put in a little less maple syrup, so it doesn’t become overly sweet. We also tried mixing it up with a dash of orange bitters and a touch of apricot brandy for a bit of a warm, citrusy flavor. The base recipe for this variation is so good that you can get creative in so many ways and have it turn out wonderfully.

By The Wanderlust Kitchen

The sour whiskey smash is as fun to make as it is to drink. For a true smash cocktail, you need fresh mint leaves, which are muddled or smashed in the bottom of a cocktail glass or shaker, along with some fresh lemon and sugar. Smash it all up until it’s nice and pulpy, and the oils of the mint and lemon are released. Add bourbon, then ice and shake. Crushed ice works best for this, both for taste and presentation.

If there’s a flavor combination that goes together better than whiskey and honey, we don’t know what it is. There’s just something about the warmth of whiskey or bourbon and that sweet, earthy, and floral flavor of honey. In this drink recipe, they’re combined for one incredible drink.

A few things to keep in mind for this. Local honey always tastes best, and fresh lemon juice is a must. You won’t need any simple syrup or sugar in this recipe because honey takes care of that. For the best flavor, you also want to use a whiskey or bourbon that compliments that flavor of honey rather than competing with it.

This cocktail variation is great during the summer when blackberries are at their juiciest, but due to the use of blackberry liqueur and blackberry simple syrup, it’s one that you can enjoy any time of year. Bourbon, egg white, lemon juice, and walnut bitters round out the ingredients. For a beautiful presentation, serve this drink in a coupe glass and garnish it with fresh, juicy blackberries.

There’s no reason you can’t enjoy your favorite whiskey cocktail while living your best keto lifestyle. The secret is to use a sugar-free syrup. You can purchase a keto-friendly syrup for your cocktails or make your own at home using just water and your favorite keto-friendly sweetener. The other ingredients are all classics –whiskey, the fresh juice of lemons, and ice. Mix and enjoy it guilt-free.

The classic whiskey or bourbon sour features the juice and essence of lemons as the sour component. Sometimes, though, you want an extra burst of the fresh lemon flavor. We like this recipe by Martha Stewart because the bright citrus of the lemons really shines through.

We tried this recipe as is, and it’s great, but we’re not opposed to adding a little bit of extra lemon juice or muddling a couple of thick slices for an extra burst of lemon.

The tartness and slight bitterness go perfectly with whiskey in this sour variation. Grapefruit juice is used instead of lemons, which nicely shifts the flavor profile. This drink recipe also features homemade ginger syrup, which really brightens the flavors of this masterful mix. For a fun twist, try adding just a touch of lime juice to liven this one up even more.

There’s something about how the name of this sour variation just rolls off the tongue that is so elegant. Plus, when it’s served in a beautiful cocktail glass, it looks elegant too. What makes this variation different from the others on our list is the inclusion of a very specific bourbon. For the Melisse sour, you need Buffalo Trace Bourbon and a few drops of Angostura bitters in addition to syrup, lemon, and egg white. It’s the small details that make the difference, and this is one that stands out.

The New York sour is an interesting variation that uses an ingredient you might not expect – dry red wine. If you think this is an odd combination, we suggest you give it a chance. It’s suggested that you use rye bourbon in this recipe so that there’s a bit more spice to the mix. The New York Sour is prepared like any other sour recipe, except for the addition of red wine that’s added at the very end. If you do it right, you can see the layer of red wine float beautifully on top of the drink. For this, presentation is important, so make sure to use your best glassware.

Try a New Variation of an Old Classic

There are so many different ways to enjoy a variation on the classic whiskey sour that it’s impossible to include them all here. What’s your favorite way to enjoy this classic cocktail? We’d love to hear. Also, check out the other curated lists of our favorite cocktails to add something new and fun to your next cocktail hour. 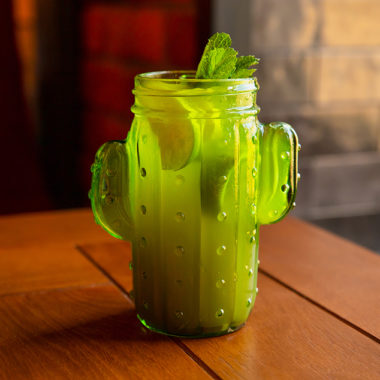 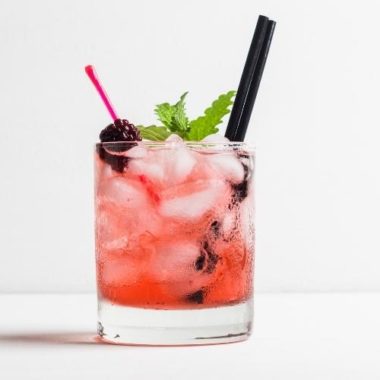