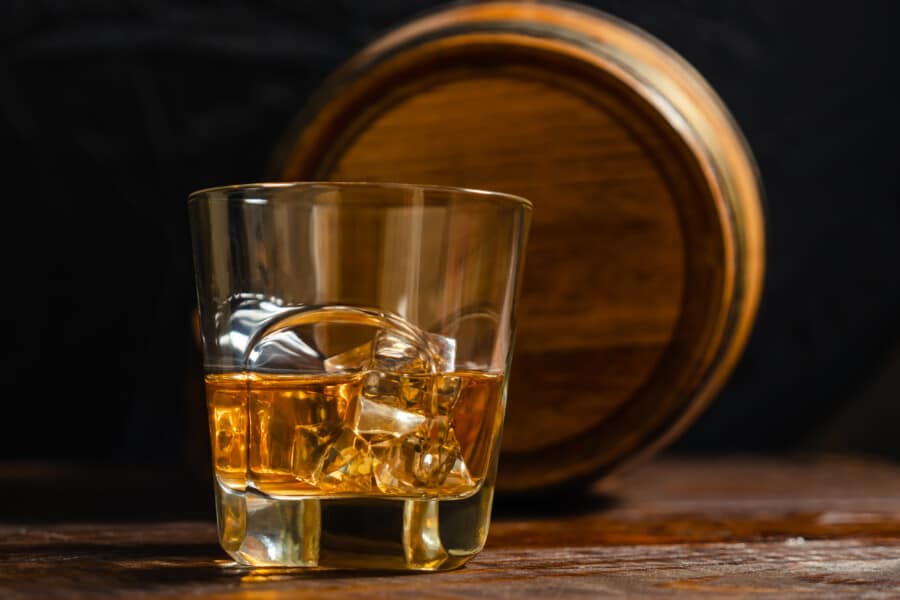 Whiskey is sometimes quite a polarizing spirit; however, many people haven’t even tried it because they don’t know how to order it or the different options. If you have always wanted to try drinking whiskey, but just need a crash course on the basics, you’re in luck.

Here is how to order whiskey at a bar plus popular whiskey cocktails, advice, variations, and frequently asked questions.

There are several different whiskeys each of which has a unique taste. Some types of whiskey include Irish whiskey, bourbon whiskey, scotch whisky, blended varieties, Tennessee whiskey, and rye whiskey.

American whiskey includes Bourbons, Tennessee, and Rye whiskeys while Irish whiskeys and Scotch whiskies are from the highland regions around Ireland and Scotland.

Scotch whiskey is made from malted barley, is double-distilled or even triple-distilled, and aged in oak casks giving it a smoky taste especially if you add just a few drops of water.

Irish whiskey is similar to scotch whisky except they hold the peat in the malting process for a smooth taste and less smokey taste.

There are two main things to consider when talking about the quality of the whiskey. The first is how it is produced and the second is brand pricing and overall finished product quality.

Starting with the production, single malt, single barrel, single cask, and cask strength are all terms to describe higher-end, small-batch production whiskeys which are a favorite whiskey for a neat whiskey drinker.

This is because they are smooth and taste great on their own. Some blended scotch is smooth on its own, too but is more often used in a mixed whiskey drink.

When talking about brand pricing and finished product quality, you’ll have the option of “well”, which is the cheapest and lowest quality, “call” which is in the middle, and “top-shelf” which is where you will find the small-batch options we talked about above.

Jack Daniels is a “call” brand, while a “well” whiskey might be Old Forester. “Top shelf” is brands like Woodford Reserve and Makers Mark. Now, these are American whiskeys, but Scotch and Irish whiskeys each have their own “well”, ”call”, and “top-shelf” brands.

Mixer or No Mixer

The next consideration to think about in order to drink whiskey is whether you want a mixer with it. Whiskey served with other ingredients is a whiskey cocktail or mixed drink. Your choice should depend on how much whiskey flavor you want to taste.

Without a mixer, you get more of the true flavor of the whiskey you choose while adding soda water, juices, simple syrup, etc.. are going to be a lighter whiskey taste.

How to Order Whiskey at a Bar

So, with these considerations in mind, here is how to order at a bar. First, decide which whiskey you want, then how you want it served.

For instance, saying “I would like a Jack Daniels” will likely get you just a shot glass filled with whiskey.

Instead, order your whiskey by telling the bartender that you would like a Jack Daniels with cola and a lemon or lime wedge. This will get you a whiskey mixed drink served in a cocktail glass over ice.

Below we will get into how to order all of the most common variations.

Ordering Whiskey Variations at a Bar

How to Order Whiskey with Water

If you do want ice too, order a whiskey on the rocks with a splash of water, though we don’t recommend it.

How to Order a Whiskey Sour

Ordering a whiskey sour is as simple as saying “I would like a whiskey sour, please!” Your bartender will definitely know what you are talking about, but if you have a specific whiskey you want, just tell them you want a Jack Daniels Sour or whichever brand you prefer.

How to Order Whiskey on the Rocks

For a whiskey on the rocks, you will need to pick a “call” or “top-shelf” brand because you definitely do not want their “well” whiskey with just ice. Therefore you’ll say, “I would like a Woodford Reserve (or your choice of brand) on the rocks.”

There is no specific way to order whiskey like a gentleman because whiskey can be enjoyed by everyone. However, if you are trying to be a gentleman, just use your manners while ordering!

How to Order Whiskey without Ice

How to Order Whiskey with One Ice Cube

Ordering a whiskey with one ice cube is a way to get whiskey and water without worrying about a busy bartender adding too much water. As the ice cube melts, it will provide just the perfect amount. Simply say I would like “*whiskey name* with one ice cube, please.”

How to Order Whiskey Neat

Whiskey neat is just your choice of whiskey in a cocktail glass straight out of the bottle without ice or any additions. To order it, ask for the specific brand you would like and add neat to the end. For instance, “I would like Woodford Reserve neat, please.”

How to Order Straight Whiskey

And Old Fashioned is a whiskey cocktail with bourbon, bitters, sugar, a thin strip of citrus peel, and a maraschino cherry. It is the perfect drink when you want less mix and more whiskey than other beverages but still has some other complimentary flavors.

A mint julep has bourbon, simple syrup, mint, and crushed ice. It is a sweet, floral whiskey cocktail.

Whiskey mixed drinks typically are just your choice of whiskey mixed with a soda or mixer. Some popular options are a Seven and Seven Up (Seagrams 7 and 7Up), Whiskey Coke/Diet Coke, Spiked Southern Tea (Whiskey and Sweet Tea), and Rye Whiskey and Ginger Ale.

What are good whiskey drinks to order at a bar?

A Whiskey Sour, Old-Fashioned, or a Manhattan are good whiskey drinks to order at a bar. You could also order just a whiskey with a mixer like ginger ale or cola.

There is no specific way to “order whiskey like a man”; however, gentlemen often order a single malt scotch neat with a splash of water.

Feel confident ordering whiskey at a bar in 2022 using this guide to help! No matter your preferences, whiskey is sure to become a regular in your cocktail rotation. 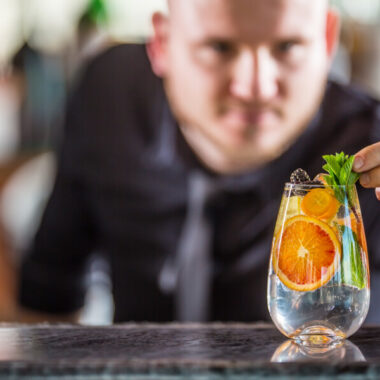 How To Order Gin and Tonic Like a Boss 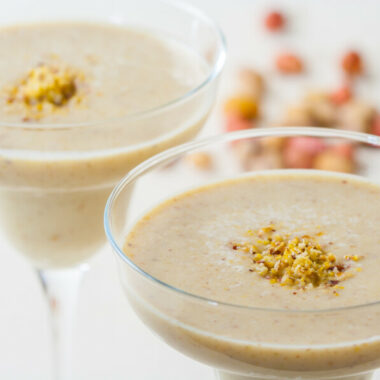