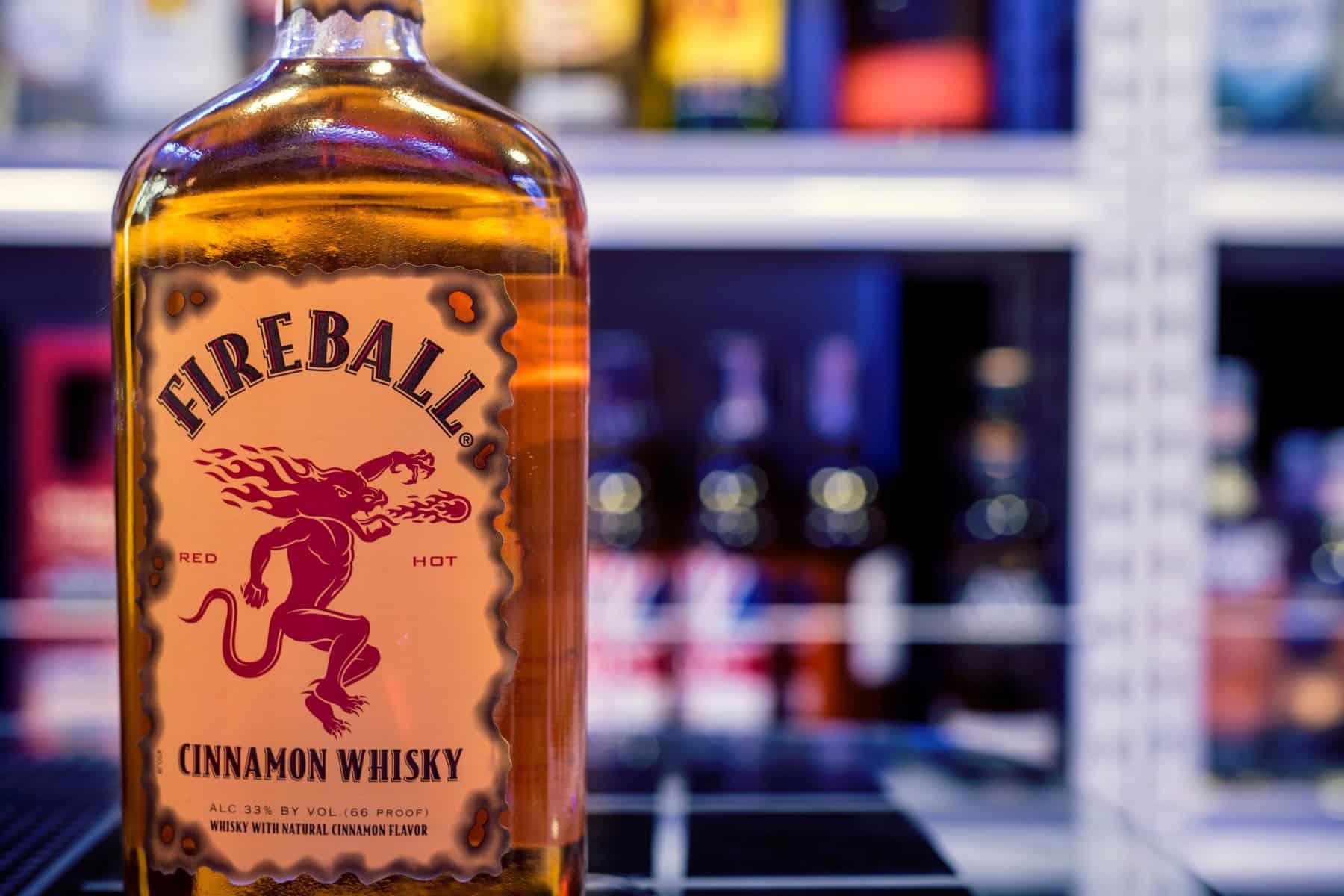 What is Fireball? +15 Fireball Questions Answered

This Canadian whisky is unlike any flavored whiskey, bourbon whiskey, or whisky you have tried before. This spicy cinnamon-flavored liquor promises a unique drink that some say tastes “like fire.” 1. What to Mix with Fireball?

What you mix with Fireball is up to you, but the Canadian whisky is most often enjoyed with orange juice or an orange and club soda mix. The orange flavor helps to bring out the fragrant, spicy taste while diluting the heat when drinking as a shot, on ice, or from the bottle.

2. What Proof is Fireball?

Fireball is 66 proof, about 20% less proof than other whiskey or whisky on the market. McGillicuddy’s Fireball whisky is, however, much stronger than a beer (average 10-proof) or wine (average 24-proof).

3. How Much is Fireball Whisky?

The price of fireball liqueur will range depending on the size of the bottle and what state you buy it in. However, this is a good guide.

4. How Much Alcohol is in Fireball Whisky?

Fireball is a 66-proof whisky liqueur, meaning it’s 33% alcoholic by volume. If you want to try it but you’re worried about how strong it might be, Fireball offers two other cinnamon-flavoring drinks with a much lower alcohol content.

5. How Many Shots of Fireball to Get Drunk?

While Fireball is weaker than other whisky and bourbon whisky, it is still a relatively strong drink and should be enjoyed with caution – especially if you haven’t tried it before.

Bare in mind that everyone’s body metabolizes alcohol at different rates, and those who drink more often may have a higher tolerance. That said, five shots drank in quick succession would cause most people to feel drunk after about one hour.

6. When Did Fireball Whisky Come Out?

Fireball was first released in the country it was created back in 1984 – however, it didn’t appear in American markets until almost 20 years later, in 2001.

Legend said the drink was made when a Canadian bartender mixed cinnamon in his whisky to take the edge off the Canadian winter.

Since then, the popular Canadian whisky has grown to become one of the most popular whisky-based drinks sold in the USA and is now also sold in other countries – although it isn’t sold in some European countries due to the high propylene glycol content. However, Sazerac stopped adding propylene glycol in 2018.

7. How Many Calories Are in Fireball Whisky?

One single USA serving of Fireball cinnamon whisky – 1.5 oz – is 108 calories. If you only have a couple, it’s fine to drink on a diet if you don’t have a mixer. However, if you’re trying to watch your calorie intake, there are plenty of other drinks you can enjoy at the bar.

Fireball Canadian whisky is a sweet, spicy, and cinnamon whisky blend. The flavor of the liqueur is often described as tasting hot or like it burns, at the same time as being very sweet – making it a great base for cocktails and mixers.

9. How to Drink Fireball Whisky?

Fireball cinnamon whisky is a diverse and complex flavor that can be enjoyed in a variety of different ways – you just need a good cocktail recipe!

Fireball shots are a favorite to enjoy with friends at bars and parties, while those who enjoy the heat can sip the liqueur on ice.

If long drinks are more your thing, the cinnamon flavor goes well with orange and can be mixed with orange juice and club soda for a refreshing twist.

Fireball and Redbull also make a great recipe – often called F-bomb or fire bomb and served as a shot in bars (however, the hangover is described as hell!).

Other drinks like Hot Apple Cider, which involves mixing apple cider and whisky before warming them with cinnamon sticks, are popular. Cinnamon Toast Crunch is another Fireball-based cocktail mixed with Irish cream and a dash of milk.

10. How Many Carbs are in Fireball?

One single serving contains 11 grams of carbs, meaning you can enjoy a shot or a serving without interrupting a keto diet if you’re on a night out with friends.

11. How Much Sugar is in Fireball Whisky?

Fireball cinnamon whisky contains 11 grams of sugar per serving. Canadian whiskey can be enjoyed on a diet. However, it’s important to note mixers might be sugary too, especially with popular mixers like OJ or Redbull.

Currently, Fireball Canadian whisky is owned by the Sazerac Company. However, the whisky was first produced by Seagram as part of a line of flavored schnapps in the 80s.

The Sazerac company purchased the brand rights and the formula in 1989 and was originally marketed as Dr. GcGillicuddy’s Fireball Whisky (commonly misspelled Dr. McGillicudy’s Fireball Whisky) – after the “shot doctor” – before being rebranded under its current name with the famous fire-breathing dragon in 2007.

The distinct whisky and cinnamon tastes are created from a blend of whisky with natural cinnamon flavors.

Whisky is traditionally made by steeping, boiling, fermenting, and then infusing grain with water. The cinnamon flavor is then added to the whisky to create a unique taste you find in Fireball drinks.

14. How Much is a Handle of Fireball Whisky?

A handle will usually set you back around $20 and provide around 40 servings. Despite being a whisky liqueur, a handle is similarly priced to other bottles of whiskey.

15. Where is Fireball Cinnamon Whisky Made?

Traditionally the drink was created in Canada. However, now the main manufacturer in the USA is located in Maine.

Enjoy Fireball Whisky on the rocks, straight, or in your favorite shot (but be warned, it is said that it burns like hell when done as a shot!). Then return to Cocktails Cafe for more fun cocktail ideas. And, as always, remember to drink responsibly. 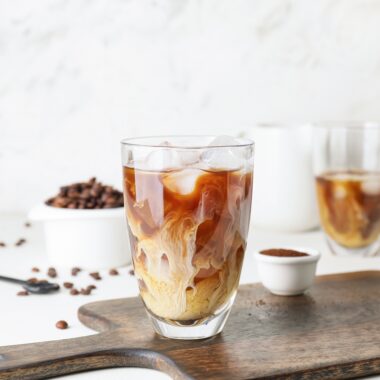 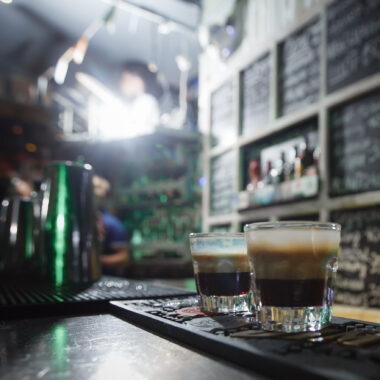