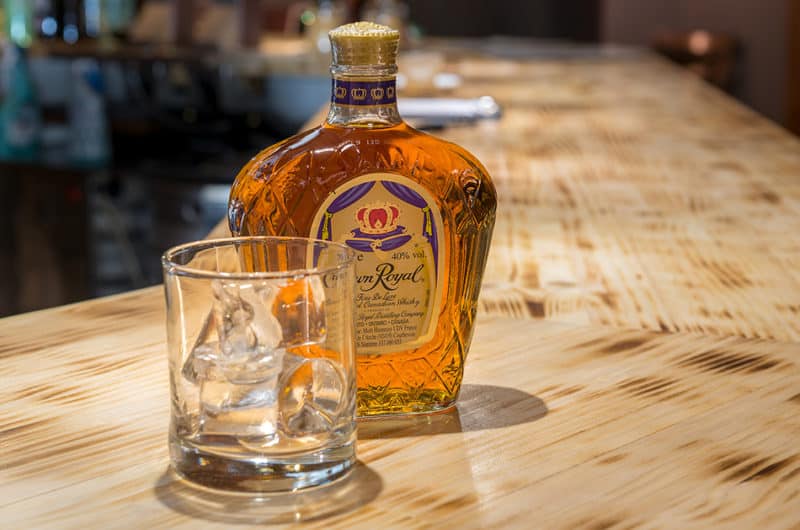 21 Drinks to Make with Crown Royal

Crown Royal is a Canadian Whisky that’s loved for its complex flavor profile of caramel mixed with vanilla and fruit, which blend perfectly in so many different cocktails. From the classic whiskey highball of a Crown & Coke to more complex and sophisticated sips, Crown Royal mixed drinks never disappoint you. To prove our point, we’ve gathered twenty-one of the most delicious Crown Royal cocktails we’ve found.

What is Crown Royal Whisky?

Crown Royal is a Canadian Whisky that comes in a bottle with iconic gold lettering that has become a staple of American bar culture. Crown Royal has a long history that started all the way back in 1939 when it was created as a gift for Queen Elizabeth and King George VI when they visited Canada on a Royal Tour.

Everything, from the cut-glass decanter bottle to the luxurious purple pouch, was designed to impress the royals during their visit. The rest of us to the south of Canada didn’t get a chance to taste the exquisiteness of Crown Royal until the 1960s when it was released in the United States.

Fast forward to today, and you can find Crown Royal in cocktail glasses worldwide. It’s wonderful to drink straight or with a splash or two of a mixer. But, if you’re looking for Crown Royal mixed drinks, we have twenty-one of them for you to try out.

The nice thing about Crown Royal Whisky is that you don’t have to add much to it to create a great cocktail. This Apple Bomb by Crown Royal is just three ingredients – Crown Royal Regal Apple Whisky. Pineapple Juice and Cranberry Juice. It’s fruity but not overly sweet. These are the exact characteristics of a delicious but dangerous cocktail;

The Royal Flush looks harmless, but that’s all poker face. Once you take a sip, you’ll discover exactly how easily and smoothly this stiff drink goes down. With a combination of Crown Royal, peach schnapps, coconut rum, and cranberry juice, this is a great, fun cocktail to serve on your next poker night.

Crown Royal Peach Whiskey is perfect for summer cocktails. This Peach Crown Royal Mixed Drink is one that you’ll want to make by the pitcher and enjoy with friends on a lazy summer night. The combination of peach flavors and champagne is also an excellent replacement for the standard mimosa at brunch.

Crown Royal is a Canadian whisky, so when we came across this recipe for a Canadian Maple Old Fashioned, it caught our eye, and we just had to try it out. The whiskey taste is complimented by the flavors of pure maple syrup and Angostura bitters.

The secret here is to use an orange twist or orange slice and make sure to release that wonderful aromatic orange oil into the cocktail. We also think this would work well with Crown Royal Vanilla. The combination is sublime.

Put down your cocktail shakers because this Crown Royal cocktail can be made entirely in a rocks glass. Muddle a slice of clementine, fresh ginger, sugar, and bitters. Our opinion is that orang bitters are wonderful in this. Add the Crown Royal, and stir. Then drop in a couple of ice cubes and enjoy.

If you’re a fan of the classic White Russian cocktail, you will absolutely love this variation that replaces the standard vodka with Crown Royal whisky. Coffee Liqueur, such as Kahlua, and cream, add the finishing touch. This recipe uses regular Crown Royal whisky, but Crown Royal Vanilla or Crown Royal Salted Caramel would also be total yum.

Peaches and cream is a delicious and classic flavor combination, and this cocktail is sure to make it onto your list of favorites. Peach Crown Royal is combined with peach schnapps and cream soda. We suggest using a good craft cream soda instead of one that’s too sugary and overly sweet.

The Black Eyed Susan is the perfect cocktail for all of you Crown Royal lovers out there who also enjoy a nice punch of citrus in your drinks. The Black Eyed Susan combines Crown Royal Whisky and Vodka with the brightness of orange juice, plus a good splash of sour mix. This is a perfect light and refreshing cocktail and looks irresistible when garnished with an orange slice.

A boozy caramel apple in a glass? Sign us up! This caramel apple concoction by Trop Rockin will have you skipping the apple on a stick and choosing to sip on your appley treat instead. This is one of those cocktails that you can build layer by layer right in the glass.

If you’re looking for a Crown Royal cocktail that’s a showstopper, we highly recommend this Salted Caramel Apple Cocktail by Tasty. It involves making your own simple ginger ale, so there are a few more extra steps than your average cocktail, but trust us. It’s worth it!

This cocktail also features the masterful blend of Salted Caramel Crown Royal and Crown Royal Apple Whisky with fresh lemon juice. By the time you’ve finished, you have a cocktail that everyone will be begging you to make for the next party.

The Honey Gold Rush is a simple, light, and refreshing Crown Royal cocktail. Freshly squeezed lemon juice is combined with simple syrup and Crown Royal Honey Whisky. If you happen to have honey syrup to use in place of the simple syrup, that would add even more depth of flavor to this super-sippable drink. Garnish with a lemon wedge before serving.

We absolutely love the simplicity of this Crown Royal Apple Cocktail by Mantitlement. Sometimes cocktails just call for too many ingredients that the average home bartender just doesn’t keep on hand. Not this one, though! This is a simple combination of Apple Crown and cranberry juice. Add them together in a glass with either large ice cubes or crushed ice, depending on your preference, and stir gently. Top it off with seltzer and enjoy.

This recipe is pure heaven in glass for anyone that loves Crown Royal. It all starts with Crown Royal Deluxe that’s added to a glass with muddled blackberries. The addition of blackberry brandy creates an insanely good and insanely rich cocktail. A bit of lemon juice helps balance out the flavors and adds a little brightness. Sweet and sophisticated are the words we would use to describe this.

The New York Cocktail is a great drink to make in a huge batch for entertaining. All the flavors in this cocktail are well-liked, and this is one of those drinks that just seems to go with everything. Crown Royal is the star of the show, but it’s partnered with lime juice, simple syrup, and grenadine. A nice juicy lime wedge makes for the perfect garnish for this drink.

This cocktail recipe calls for a special type of orange juice from the Cara Cara orange. If you can’t find the juice specifically, the oranges are available in most well-stocked supermarkets and are easy to juice yourself. Crown Royal Whisky, simple syrup and lemon juice round out this cocktail. Garnished with an orange peel, this makes a wonderful cocktail for a brunch or daytime cocktail party.

The Red Snapper is a tasty Crown Royal shot perfect for any occasion. With the combination of Crown Royal, Amaretto, and cranberry juice, how can you go wrong? We tried this shot made with Crown Royal Apple, and it was fantastic.

This Bad Apple shooter by Crown Royal is whisky, spice, and everything nice. Made with Crown Royal Apple and cinnamon schnapps, this is a great shot for the fall or winter, especially for holiday fun with friends or even a pre-game party.

The Vegas Bomb is sure to leave you feeling as though you’ve gone for a spin on the roulette wheel if you have too many. But, with a little self-control, this shot is sure to become one of your favorites. Crown Royal Whisky, peach schnapps, Malibu Rum, cranberry juice, and Red Bull. This is a shot that will knock you out and rev you up at the same time.

These Crown Royal shooters are full of all sorts of peachy goodness. Crown Royal Peach is combined with peach juice and served with gummy peach candies as a garnish. These are fun, flavorful, and sure to be a hit at your next gathering.

This Crown Royal shot is super easy and fun to make. The apple flavor really shines through, but there’s also some tartness, thanks to the addition of cranberry juice. Grab a cocktail shaker and combine Apple Crown with sour apple schnapps and cranberry juice. Add some ice and give it a few good shakes. Pour into a row of shot glasses and say cheers.

This drink would also be great in a martini glass and garnished with an apple slice for a more sippable variation.

Nobody is going to turn down a shot that tastes like pineapple upside-down cake – especially us! This shooter recipe combines Crown Royal Vanilla with cake vodka and pineapple juice. Of course, you need some maraschino cherries for a finishing touch!

Feel Like Royalty with Crown Royal in Your Glass

Crown Royal truly is a whisky that’s fit for a king and queen. Whether you’re enjoying it straight on the rocks or blended into tasty Crown Royal cocktails, it’s a taste that’s sure to please. Check back regularly for more delicious cocktails. 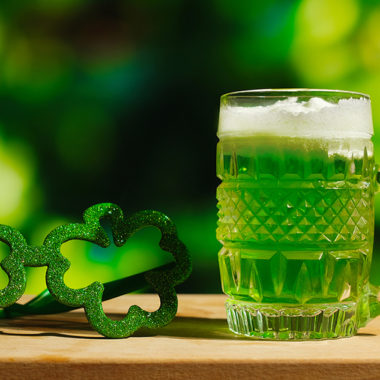 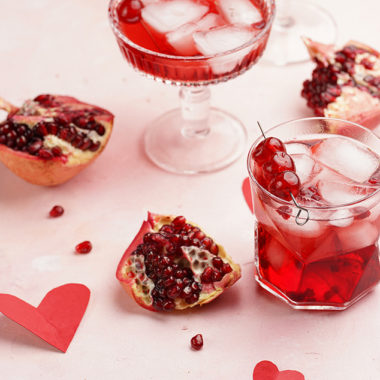