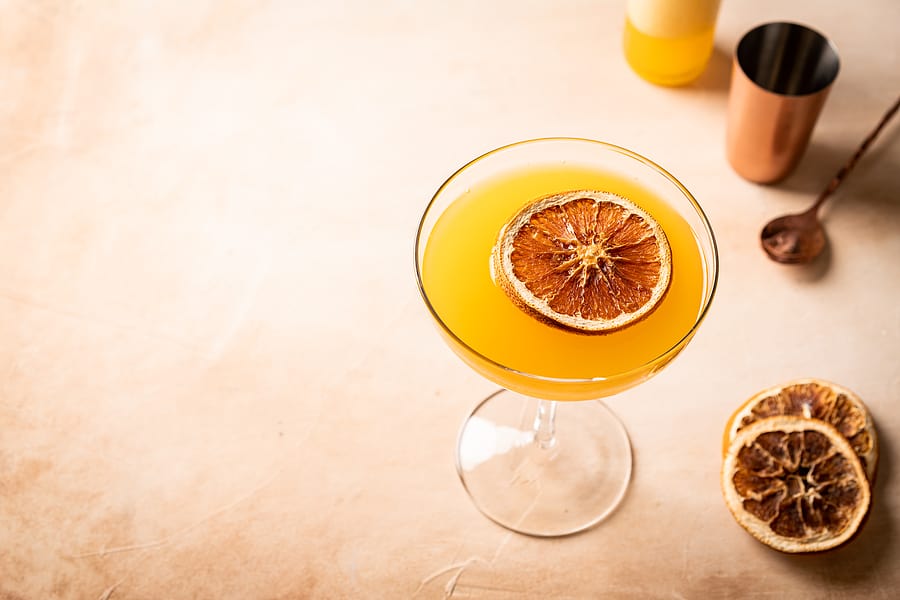 20 of the Best Rum and Orange Juice Cocktails

When it comes to great drink recipes, you can find some that are easy and others that require a bit more work, but whichever route you take, you’ll have a delicious cocktail.

By Miss in the Kitchen

This Rum Sunset Cocktail by Miss in the Kitchen only requires three ingredients if you don’t include the garnish. Simply mix orange juice, spiced rum, and grenadine! You can either chill the cocktail after mixing or serve over ice. Miss in the Kitchen recommends a lime slice for garnish.

Though the Bocce Ball Cocktail by The Spruce Eats is made with vodka, it is also delicious if you swap the vodka for white rum. The rest of the recipe includes amaretto liqueur, orange juice, and a splash of soda water. Light, refreshing, and versatile!

Screwdrivers are another popular cocktail based around orange juice. Mantitlement swapped out the typical vodka with rum and added a few ingredients to freshen it up. They add orange bitters, pineapple juice, and sparkling seltzer water to the base of rum and fresh orange juice to liven up this Rumdriver recipe.

The Basic Rum and Orange Juice Recipe by Healthy Recipes 101 are easy to make and rather tasty. It uses 80 proof white rum, orange juice, pineapple juice, sugar, and club soda.

This recipe is garnished with mint leaves and served over ice for extra freshness. Just be sure to add the club soda last and don’t stir too aggressively; otherwise, the drink will be flat.

This Shamrock Juice Cocktail by Mix That Drink lives up to its name with its green color. It also has a boozy base with light rum, tequila, gin, and vodka, similar to a long island, except you add blue curacao and freshly squeezed orange juice for the beautiful green color.

The Painkiller Cocktail by Cooking Channel

If you want a creamy treat that is perfect for any time of year, The Painkiller Cocktail by Cooking Channel is the answer. Combine dark rum, pineapple juice, orange juice, and cream of coconut with some nutmeg for garnish, and you’ll have a new favorite cocktail.

Do you love those rum punch buckets that you get at restaurants and bars on the beach? If so, you’ll love this Caribbean Rum Punch by Rum Therapy. Luckily the recipe only requires a short list of ingredients which includes things you might already have at home like lime juice, orange juice, pineapple juice, dark rum, light rum, and grenadine.

The Island Getaway Mojito by Must Love Home is a frozen taste of the islands. It utilizes frozen pineapple, dark rum, premade mojito cocktail mix, orange juice, and granulated sugar to provide a drink with a hint of mint and plenty of the sweet fruity taste you expect.

Mai Tai’s can become difficult to make because it often has ingredients that we all don’t keep at home. This Mai Tai Drink by Dinners Dishes and Dessert simplifies the Mai Tai cocktail recipe without sacrificing the taste. For this one, simply mix up pineapple juice, orange juice, dark rum, white rum, triple sec, simple syrup, and just a splash of grenadine at the end for a sunset layering effect.

The Bar has perfected the ratio of rum and orange juice with their Captain Morgan Original Rum & Orange Juice Cocktail. Follow their recipe of Captain Morgan spiced rum combined with orange juice, put it into a highball glass with ice cubes, garnish with an orange, and you’ll have a perfectly mixed simple cocktail for any evening.

This Rum Punch Recipe by Liquor.com runs on the sweeter side but has a nice sour balance because of the citrus juices. Combine light rum, dark rum, pineapple juice, orange juice, lime juice, and grenadine into a shaker with ice, then strain over a tall glass with more fresh ice. Garnish with a cherry or orange slice!

The Rum Sunset cocktail recipe by Delish is a play on a classic tequila sunrise. Instead of tequila, you use light rum and then add the typical orange juice and grenadine. Garish with your desired fruit slices.

The Hurricane recipe by Martha Stewart is a rum bonanza! For an extra kick, it utilizes three different rums, including white rum, dark rum, and Bacardi 151 rum. This cocktail recipe is boozy but is sweetened up with fresh orange and pineapple juice and grenadine.

Rum and Orange Juice by A Couple Cooks

If you are looking for a recipe that is simple and well-balanced, you’ll love this Rum and Orange Juice by A Couple Cooks. This recipe contains aged rum for a smooth spirit base with orange juice and lime juice for some tartness and a bit of grenadine for sweetness.

The Rum Orange cocktail recipe by Tasty has just three ingredients, and though it doesn’t contain orange juice, it does have a great substitute if you don’t have any lying around. Combine orange marmalade, lime juice, and rum for a quick and simple cocktail that doesn’t require the juice of an orange.

Orange Razzletini by Taste of Home

Martinis are typically made from gin or even vodka, but this Orange Razzletini by Taste of Home uses raspberry-flavored rum and triple sec as the spirit base. It is then flavored with orange juice, shaken over ice, and strained into a chilled glass.

You have heard of a strawberry daiquiri, but have you seen this Orange Daiquiri by Difford’s Guide? It is stunning. This recipe uses Bacardi Gold rum, fresh orange and lime juice, and a bit of simple syrup to make a wonderful daiquiri!

Hurricane Cocktail by The Chunky Chef

The Chunky Chef adds a great addition to a standard Hurricane Cocktail in this recipe. The addition of cranberry juice gives a tart flavor that helps balance out the citrus. This one also uses light and dark rum, bringing two different unlying spirit flavor profiles.

If you love a good mojito, you’ll love this Orange Mojito by Food Network. It combines traditional mojito ingredients like sugar, fresh mint, lime, and white rum and adds fresh oranges to give the cocktail even more flavor. The leaves and citrus get muddled before mixing, leaving strong notes of floral and freshness in the end.

Shake Drink Repeat uses three different rums and a splash of coffee liqueur in addition to their fruit juices in this Bahama Mama for a taste that is out of this world. It is fruity, boozy, and has a hint of bitterness from the coffee liqueur to calm it down a bit. It is simply perfection.

Here are the most frequently asked questions about orange juice and rum cocktails.

Does orange juice mix with rum?

What is in a mai tai?

What kind of alcohol is good with orange juice?

Rum and vodka are both great with orange juice.

What are the best drinks to mix with rum?

One of the best drinks to mix with rum is orange juice.

These twenty are the latest recipes that we are loving. They bring notes of fruit, vanilla, spices, and more, depending on which you choose. No matter if you are throwing a fun party with friends or enjoying a few spirits to mellow you out, these drink recipes are sure to become a new favorite! 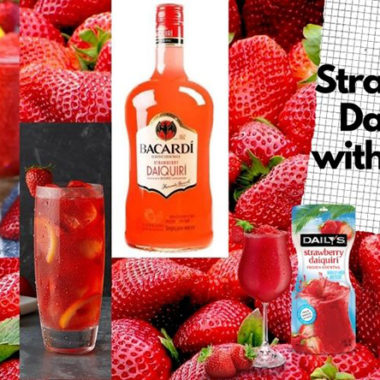 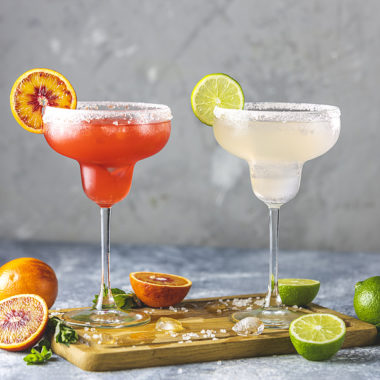 Make Your Own Margarita Mix