You’re sure to get different answers if you ask a room of whiskey connoisseurs what the best whiskey is, but what they all have in common is how they go exceptionally well in a ginger beer cocktail! Bourbon whiskey and ginger beer go together so seamlessly it’s like they were made to be together. Give one of these recipes a try for a flavor-filled cocktail hour that’s sweet, spicy, and refreshing.

What is Ginger Beer?

Ginger beer is traditionally a non-alcoholic beverage, although a few brands produce ginger beer with alcoholic content today. Ginger beer has the flavors of ginger spice, yeast, and sugar.

It can be made by fermenting the ingredients over time or manufactured with artificial colors, flavors, and sweeteners.

The manufacturing process is designed to mimic the spicy ginger beer flavor using ginger syrup and the appearance that comes with fermentation in a fraction of the time.

Ginger beer dates back to the 18th century! In 1855 the laws limited ginger beer to having just 2% ABV, which is why most ginger beers became non-alcoholic and remain that way. 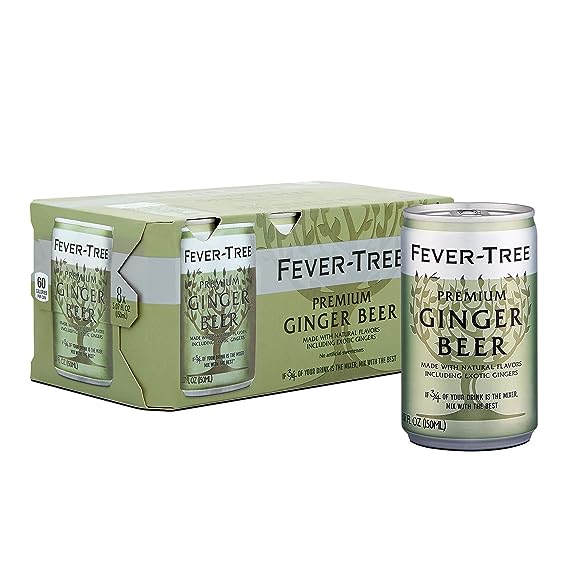 Bourbon is an American-made whiskey that whiskey enthusiasts love! Even if you aren’t an enthusiast, bourbon is still a great liquor to enjoy on its own or in a mixed drink. Compared to a traditional Irish Whiskey, bourbon is much sweeter and richer.

Bourbon’s flavor can vary from brand to brand, but the staple flavor notes should remain the same. Bourbon has strong flavors of vanilla, oak, and caramel. The smoother the bourbon, the better. Bourbon is easy to enjoy straight or in a cocktail.

One of the most popular flavors to mix with bourbon is ginger, and that’s why we love these ginger beer bourbon cocktails!

The Kentucky Mule cocktail is a fun spin on a classic Moscow Mule. A traditional Moscow Mule is a cocktail made using vodka, ginger beer, and lime, plus it’s served in a copper mug! Swapping vodka for bourbon is what makes this a Kentucky Mule!

Add bourbon and lime juice to a highball glass or copper mug. Add ice, then top the drink with ginger beer. A fresh mint sprig on top is the perfect garnish for this light and refreshing drink.

Almost any cocktail that calls for ginger ale can be taken up a notch by using ginger beer instead!

Begin by adding lemon juice, simple syrup, and raspberries to the bottom of a cocktail shaker and muddle them together. Then, add bourbon and ice. Shake until combined before pouring into a highball glass with ice. Top it off with ginger beer and more fresh raspberries.

If a great-tasting cocktail isn’t enough to impress you, this one looks great too!

You might notice that the ingredients in this cocktail are the same as the Kentucky Mule, but the amounts used are different enough for each cocktail to have a unique flavor. Grab some bourbon, freshly squeezed lime juice, and ginger beer.

Add ice, bourbon, and lime juice to a highball glass before stirring with a cocktail spoon. Top the drink with ginger beer and fresh basil leaves for a cocktail recipe that’s impossible to mess up!

As if bourbon and ginger beer cocktails aren’t delicious enough when they’re simple, this recipe goes above and beyond to create a cocktail you won’t forget. Maple syrup, lime juice, and bourbon are combined in a cocktail shaker with ice.

Strain into an old-fashioned glass, then tops with ginger beer. Garnish with a lime wheel.

A Nor’easter is one of the whiskey cocktails every cocktail lover should have in their virtual recipe box!

by Gimme Some Oven

The Horsefeather cocktail features whiskey, ginger beer, and Angostura bitters. The recipe is traditionally made with bourbon, but there are some variations featuring Irish Whiskey.

If you’ve never used Angostura bitters before, don’t be intimidated! The flavor of Angostura bitters is spicy and bitter with notes of clove and cinnamon. Bitters are strong, so always start slow and taste as you go.

Add the ingredients to a glass with ice and stir to combine. Yes, it’s that simple! Garnish with lime wedges for just the right amount of citrus.

by Dash of Color and Spice

This is the most complex ginger beer cocktail recipe on our list, but the result is well worth a few extra ingredients. You’ll need fresh blackberries, lime juice, bourbon, mint leaves, simple syrup, and ginger beer.

The original recipe uses sparkling water instead of ginger beer, but the author recommends using ginger ale or ginger beer for a more flavorful cocktail.

Begin by adding blackberries, lime juice, and mint to a cocktail shaker. Muddle until the berries have burst. Then add ice, bourbon, and simple syrup. Shake until well combined.

Strain into a cocktail glass with ice, then top with ginger beer. Garnish with a fresh blackberry and lime wedge for a cocktail that looks as great as it tastes!

Stay connected with Cocktails Cafe to find more recipes for all the spirits you’ve been wondering how to use. There’s a tasty recipe for every occasion, and it’s time to start living your best cocktail-loving life! Explore recipes or learn more about the origins of what you’re drinking at Cocktails Cafe. 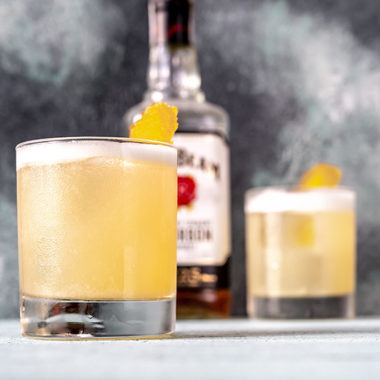