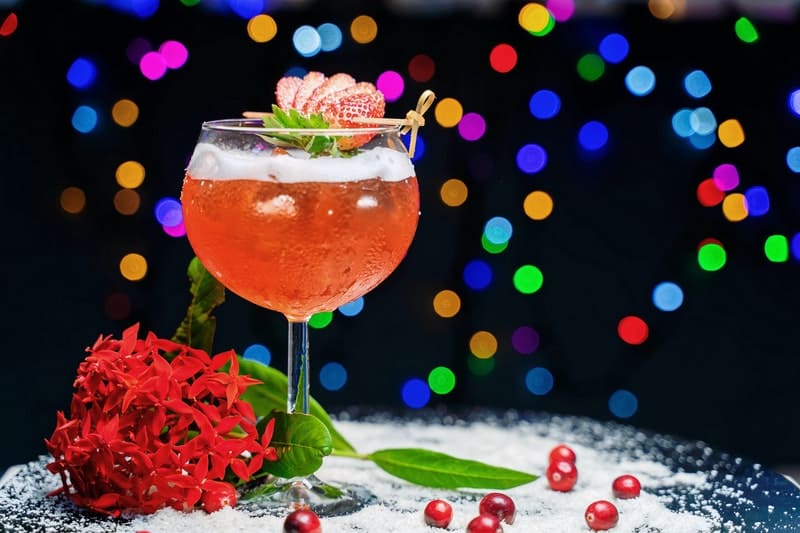 Chambord is a black raspberry liqueur that makes a great addition to a lot of cocktails. One of the most common cocktails to make with this flavorful liqueur is a Chambord martini, often referred to as a French martini.

The next time you’re in the mood for a raspberry martini, grab your cocktail shaker and a nice chilled glass. Then get ready to sip on what will now be your favorite cocktail. Here are seven elegant Chambord martini recipes, some details about what makes up a Chambord martini, and a few frequently asked questions so you can try this delicious cocktail.

What is a French Martini?

A French martini is a fruity cocktail that kicked off the popularity of flavored martinis. The original French martini consisted of vodka, black currant liqueur, pineapple juice, and lemon. It was thought up by Keith McNally, who was a prominent figure in the bar and nightclub scene in the eighties.

Now the French martini has evolved into the Chambord martini as, over the years, the black currant liqueur was often substituted with raspberry liqueur.

Of course, there are several variations of Chambord or French martinis. Though you can make them to your taste, there are a few considerations to keep in mind to get the most balanced flavor.

A traditional gin and vermouth martini is stirred instead of shaken to not dilute the spirits too much. However, a Chambord martini is made with vodka and should be shaken to dilute the drink enough that the fruity flavors can come forward and not be overwhelmed by the vodka.

Some popular garnishes to add some freshness to your French martini include fresh raspberries, a lemon peel or twist, or other complimentary fruit. The garnish isn’t just for appearances. A quality garnish adds a freshness that balances out the strong ingredients.

The vodka you choose for your French martini matters a bit more than you would think. This is because, between the Chambord and the vodka, French martinis are spirit-forward. It is important to pick smooth-tasting vodka so that you don’t get the dreaded burn of some of the lower-quality vodkas.

The Chambord French Martini by Real Simple combines vodka, Chambord, and pineapple in a ratio that lends itself to a sweet-tart flavor profile. Simply shake it up in a shaker, strain it into a glass, and garnish with a raspberry or lemon twist.

The Balthazar French Martini is served at the Balthazar Restaurant in New York City. It contains equal parts chilled vodka and pineapple juice with a third ounce of Chambord. Combine the ingredients in a shaker with ice, shake vigorously, strain, and pour into your favorite martini glass.

A sparkling French martini is a wonderful take on the classic flavors. The Cookful has a great Sparkling French Martini recipe that takes the vodka, Chambord, and pineapple, shakes it up over ice, and strains it into a chilled glass. But with this specific recipe, you pour in one ounce of sparkling wine, like prosecco, at the end, which gives it a mellow spritz.

This Vanilla French Martini recipe by Delicious Everyday takes the original flavor of the French Martini and gives it depth with vanilla vodka. Simply add ice cubes to your shaker, add vanilla vodka, Chambord, and pineapple juice, give it a shake and pour into a chilled martini glass.

The Love Potion #9 Martini recipe by Cookie Rookie takes the berry flavor of Chambord to the next level. To make this martini recipe, you combine pomegranate juice, strawberry vodka, and Chambord over ice shake and strain it into a martini glass over a small cube of dry ice. The dry ice gives it theatrics that is not to be missed.

Go Go Go Gourmet is onto something with their combination of citrus with the typical flavor of a raspberry martini. With their recipe, you shake up orange juice, pineapple juice, citrus vodka, and Cointreau and pour it into a glass. After, you carefully pour the Chambord along the edge of the glass to create a beautiful layering that looks like a sunset.

This Easy Raspberry Martini recipe by Berly’s Kitchen may take only a few minutes to make, but the vibrant color and tart taste will impress anyone. Simply muddle some fresh raspberries with lemon juice in a shaker, add ice, Chambord, vodka, and simple syrup, shake it up and strain it into a chilled glass. If you want to take that raspberry flavor to the next level, use raspberry vodka!

What do you drink Chambord with?

You can drink Chambord with any cocktail that would complement the raspberry flavor.

What is Chambord liqueur used for?

Chambord liqueur is used for a variety of cocktails though it can be enjoyed chilled on its own.

Whether you go for a sparkling french martini recipe or another one of these seven elegant Chambord martini recipes, they are sure to become one of your favorite drinks. Mix up some elegant flavors, serve them with fresh raspberries and enjoy the moment. 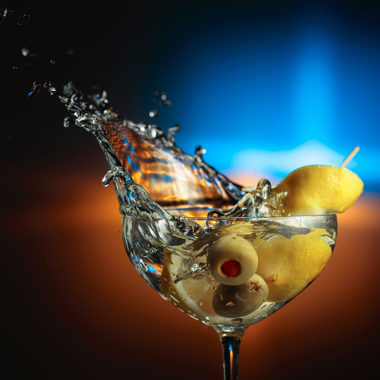 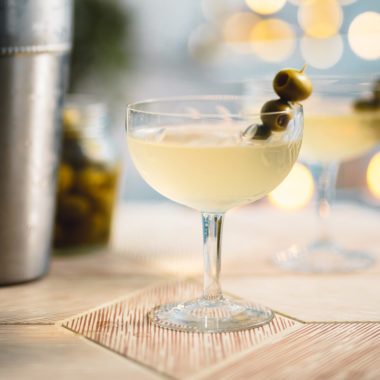 What Is an Extra Dirty Martini?