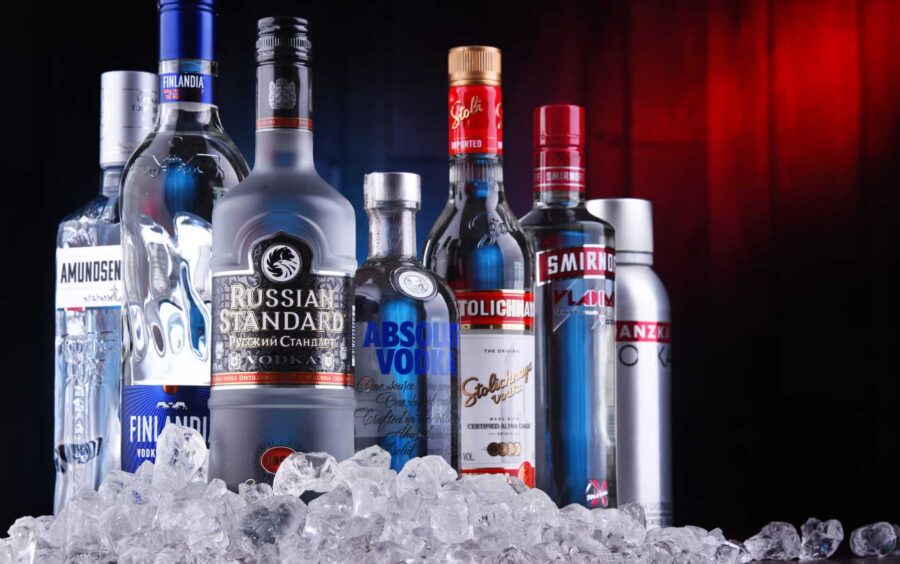 The Best Vodka for Martinis

Though a classic martini is made with gin and dry vermouth, vodka martinis are often preferred for their versatility and more mellow flavor. But for the most enjoyable cocktail, you want to use only the best vodka for martinis.

When vodka is drunk neat or in cocktails with very few additional flavors, it’s imperative to pay attention to quality to avoid the nasty burning sensation of low-quality spirits. So, when drinking vodka martinis, you’ll want to ensure you use only the best vodkas since much of the flavor will come from your choice.

However, to give martini lovers additional options, we have found 10+ other impressive vodka brands, each earning its spot on our list of the best vodkas for martinis. Take a look at the highlights they have to offer!

What Makes a Good Vodka For Martinis?

The best vodkas for martinis tend to have similarities because there are specific factors that make a good spirit to use in a martini.

Some of these things include being distilled multiple times to remove impurities, undergoing unique filtration processes, and containing subtle nuances derived from a perfect curation of the finest ingredients. When done correctly, like the brands below, the final product makes for a good base for a martini. Belvedere is a Polish vodka made from Polish Dankowskie Rye. Its taste is light and crisp yet rich and velvety.

Belvedere is distilled four times which is the perfect amount to keep the flavor profile of the rye while still maintaining its purity. It is also gluten-free, Kosher, and made without any additives. These key highlights are why it’s our top choice overall out of the best vodkas for martinis.

A dirty martini is made with vodka, dry vermouth, and olive brine, creating a salty, slightly acidic profile. Reyka, an Icelandic brand, makes a fantastic dirty martini because of its crisp, clean taste that lends itself well to the other prominent ingredients of the cocktail.

Reyka is made in small batches from wheat, barley, and pure glacial spring water that runs through a lava field that’s 4,000 years old. Though it is only distilled once, Reyka uses the rare Carter-Head stills, which have a high copper content making it smoother than other vodkas that are distilled two or more times.

See the Icelandic difference for yourself and use Reyka in a dirty martini garnished with a blue cheese-stuffed olive.

Fun Fact: The distillery is powered by geothermal energy generated by underground volcanoes! If you are looking to save some money and still sip a smooth vodka martini, Sobieski is our top choice. It’s a Polish vodka made with rye and crystalline water which undergoes continuous rectification.

Continuous rectification means that instead of distilling the spirit in batches, it is continuously distilled throughout the entire production process. This makes it one of the smoothest and purest vodkas on the market, yet it’s under $15!

Tito’s Handmade has made quite a name for itself, offering a high-quality, gluten-free corn-based vodka distilled in old-fashioned copper pot stills right in Austin, Texas, all for a reasonable price.

The neutral, pure flavor lends itself well to a classic recipe, a dirty martini, fruited versions like an apple martini, or even a savory martini. Tito’s is also our number one choice for espresso martinis because it doesn’t contain any tasting notes that conflict with the creamy coffee profile. A lemon drop martini is a citrus-garnished martini (usually a lemon peel) with vodka, triple sec, and fresh lemon juice.

This is the best brand for lemon drop martinis due to its long finish and subtle almond notes. This French vodka is made with soft winter wheat from Northern France and limestone-filtered spring water from the Cognac region.

If you want something sweeter than a dry martini but not as sweet as a lemon drop martini, try Grey Goose with Bianco vermouth garnished with a grapefruit twist!

Best for a Cosmopolitan Martini

Absolut Citron from Sweden offers bright citrus high notes comprised of mandarin orange, grapefruit, lemon, and lime with no added sugar. It’s by far the number one choice for a cosmopolitan martini since it was the spirit that inspired the drink recipe in the first place!

For an unflavored, perfect martini from the same brand, try the Absolut Elyx, which elevates the quality you already love by using single-estate-grown grain and copper distillation. Absolut perfection– pun intended! Ketel One is a Dutch vodka with honey and citrus notes and a long finish that stays on the palate, making it a lovely choice for a martini. It’s made from non-GMO European wheat, distilled in copper pots, charcoal filtered, and stored in lined tanks, a perfected process that has earned them several international awards. New Amsterdam, a brand out of California, is a newer vodka on the market as it was released in 2011. However, it has quickly gained popularity as it is distilled five times and filtered three times, creating a very clean, crisp taste. New Amsterdam is also a highly affordable choice to have your next martini on a budget. As the name suggests, Breckenridge is made in Colorado. We love it in a vodka martini drink because it has hints of sweetness, florals, and lemon cream with a mellow finish on the palette giving it a nod to the profile of gin without the strong botanicals. Crystal Head starts a bit fruitier than you would expect, though the finish is bright and clean. It’s made from Canadian corn that is locally sourced and blended with water from Newfoundland, then filtered seven times.

Three rounds of filtering use semi-precious Herkimer diamonds, and the bottle is in the shape of a skull, both of which are fun conversation starters while having cocktails with friends. Haku Japanese Vodka is made with 100% Japanese white rice, distilled three different ways, and then filtered through bamboo charcoal. The final product is soft, slightly sweet, and velvety, making for a nice complement to the saltiness of a dirty martini. Beluga Gold from Russia is a luxury and sophisticated selection that is a great choice for discerning palettes.

Created from Siberian Artisan water and a five-time filtered wheat malt spirit, which undergoes a 90-day resting period to mature each flavor note. Beluga Gold has the Russian vodka’s character that you expect, with an unexpectedly balanced sweetness.

Every corked bottle comes with a unique serial number and a wooden hammer to break the wax seal, too!

How is Vodka Made? 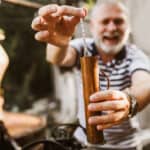 Most vodka is made by distilling the liquid produced from fermenting potatoes, grains, or fruits (like French grapes!) in water.

How to Make a Vodka Martini?

A vodka martini is made by mixing three parts vodka with one part dry vermouth. It is served chilled with a lemon twist or olive as a garnish.

Which Countries Are Known for Premium Vodka? 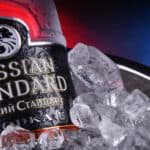 Russia, Poland, France, Netherlands, Sweden, and Ukraine are all known for premium vodka though you can find high-end, delicious vodkas from several other countries as well.

Four vodkas that didn’t make our list but are just as good include: Konik’s Tail, made with early winter wheat, golden rye, spelt and filtered with silver birch charcoal; Durham Vodka, which starts as a gin and then is slow-filtered for two weeks before it’s distilled again to be a vodka; or Bistro La Fine and Hangar One that have notes of black pepper and white pepper, respectively, lending themselves distinctively to a dirty martini.

Though we could go on comparing one vodka to another all day because there are just so many unique selections, instead, we’ll leave you with a final thought. James Bond may have made the vodka martini a popular drink, but master distillers have really crafted stunning spirits to take it to the next level. 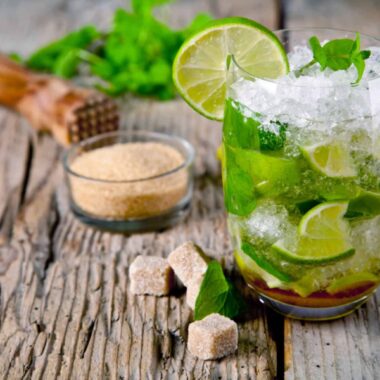 The Best Sugar for Mojitos 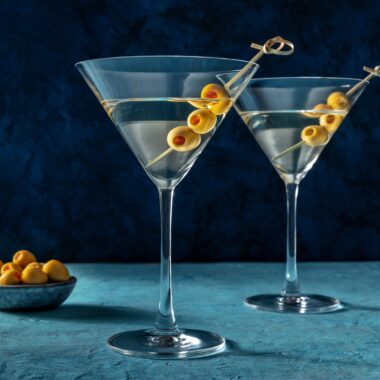 The 8 Best Vermouth for Martinis