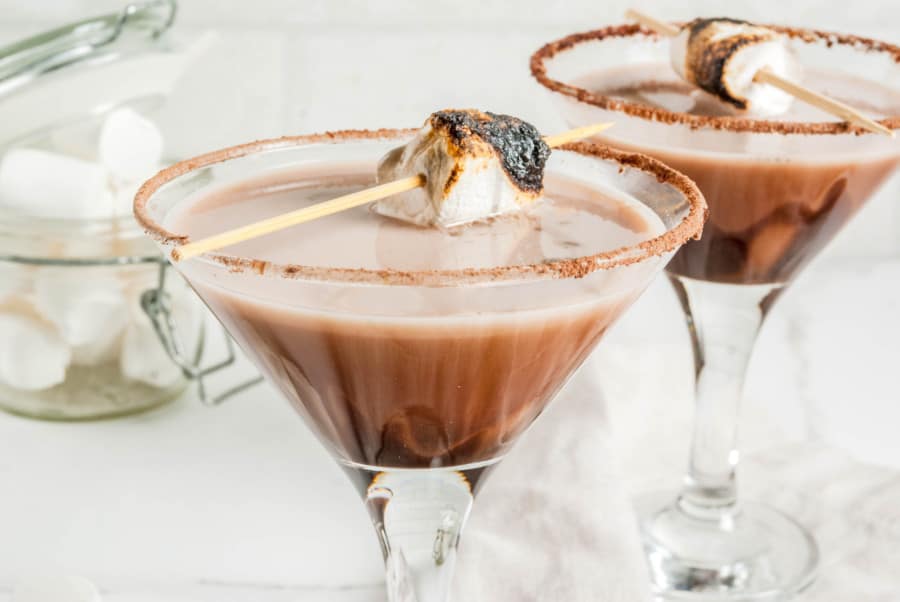 We’ve all had a s’more before, but have you ever had a s’more martini? Easy recipes include classic cocktail ingredients like flavored vodkas and chocolate liqueur with a creamy base to create a dessert martini that’s perfect for fall.

These seven s’mores martinis are calling your name!

Each of these recipes calls for a graham cracker rim. Skipping the rim takes away not only from the aesthetics of your cocktail but the taste too. Create the perfect graham cracker rim by following these simple steps. The chocolate gives the graham crackers something to stick to and brings out those classic s’mores flavors with every sip!

If chocolate is your least favorite part of a s’more, you can substitute the chocolate syrup for melted marshmallow fluff.

Toasting a Marshmallow without a Campfire

Place a marshmallow on a metal toasting stick. To toast it, you can hold it over a gas burner, oven broiler, or portable gas stove. If you don’t have a kitchen available, you can use a handheld kitchen torch in a pinch.

The idea is to mimic the heat put off by a campfire to get the same result.

It might take a few tries your first time to get a perfectly toasted marshmallow. Keep the marshmallow close enough to get a nice toasted look, but not so close that it catches on fire. Serve immediately after toasting.

Preparing a s’mores martini with Bailey’s is an easy way to create an ultra-creamy cocktail with higher alcohol content. Start by prepping a martini glass with a graham cracker rim.

Next, add vodka, Bailey’s Irish cream, chocolate liqueur, and half & half to a cocktail shaker with ice. Shake until chilled, then strain into the prepared martini glass. Garnish with a freshly toasted marshmallow on a cocktail stick balanced on the rim of the glass.

This recipe by Delish uses vanilla vodka to add another layer of flavor to your s’mores martini. If you’ve ever made a s’more with vanilla-flavored marshmallows, you can imagine how incredible it will taste!

Garnish with a toasted vanilla marshmallow on a cocktail stick.

The cocktail will resemble chocolate milk as it’s poured, but it tastes a lot boozier! This is one of the few s’mores martini recipes that includes rum and vodka. The final result is rich, creamy, and quite strong.

by Knife and Paddle

This white chocolate variation on a s’mores martini is ideal for those who aren’t big chocolate fans. White chocolate is the sweetest, least strong type of chocolate, so the other flavors shine brighter.

A campfire s’more has distinct layers when it’s finished. This martini takes inspiration from that classic look for a layered s’mores martini! As always, rim the glass before you begin.

Make the first layer by slowly pouring chocolate liqueur into a martini glass. Pouring the liqueur over the back of a spoon will prevent splashing on the edge of the glass.

Mix whipped cream, vodka, and heavy cream in a separate glass. Slowly pour this mixture into the prepared martini glass. Pouring slowly and gentle is the key to getting a layered appearance. Garnish with a toasted marshmallow and enjoy your campfire s’more in a glass!

If you’ve ever had the S’mores martini at Olive Garden, you know it isn’t just another dessert martini. The perfect ratios, gorgeous presentation, and overall experience of drinking the Olive Garden s’mores martini are something that stays with you.

Recreating the iconic cocktail at home is easier than you think! Start drizzling chocolate syrup around the inside of the glass. Use a piping bag with melted chocolate for a more precise look.

Next, you’ll combine Kahlua, Bailey’s, amaretto liqueur, toasted marshmallow syrup, and vanilla ice cream in a cocktail shaker with ice. Shake vigorously to combine the ice cream with the liquids until it reaches a smooth, chilled consistency.

Gently pour into the prepared glass.

Recipe Note: toasted marshmallow syrup can be purchased online. It is not sold in most stores.

This is the simplest s’mores martini recipe on our list, but it’s so delicious you’d never know! All you need is Godiva chocolate liqueur, marshmallow vodka, and half & half.

This simplistic recipe stays true to the flavors of a s’more with easy preparation anyone can manage! Combine the ingredients in a cocktail shaker with ice, then pour into the prepared glass. Garnish with a toasted marshmallow.

What drink goes good with s’mores? 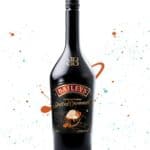 Bailey’s Irish cream, hot chocolate, and coffee-based drinks all pair well with s’mores. You can also double the s’mores flavor with a s’mores martini!

How do you make a graham cracker rim? 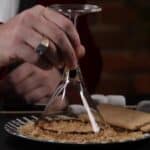 It’s that time of year when s’mores rule the campfire scene, but you can enjoy the flavors even from your home bar. Try these delicious s’mores drinks, and then come back for more popular cocktail recipes all year round. 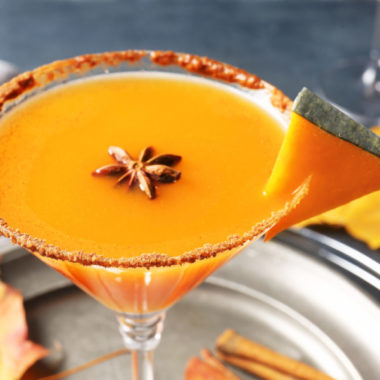 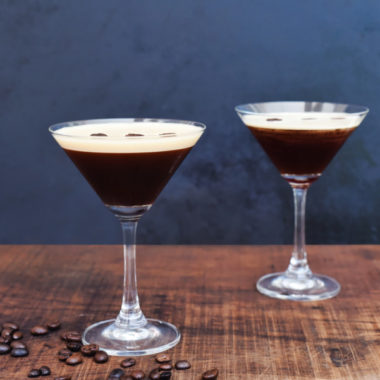 What Is In an Espresso Martini? (+10 Questions Answered)